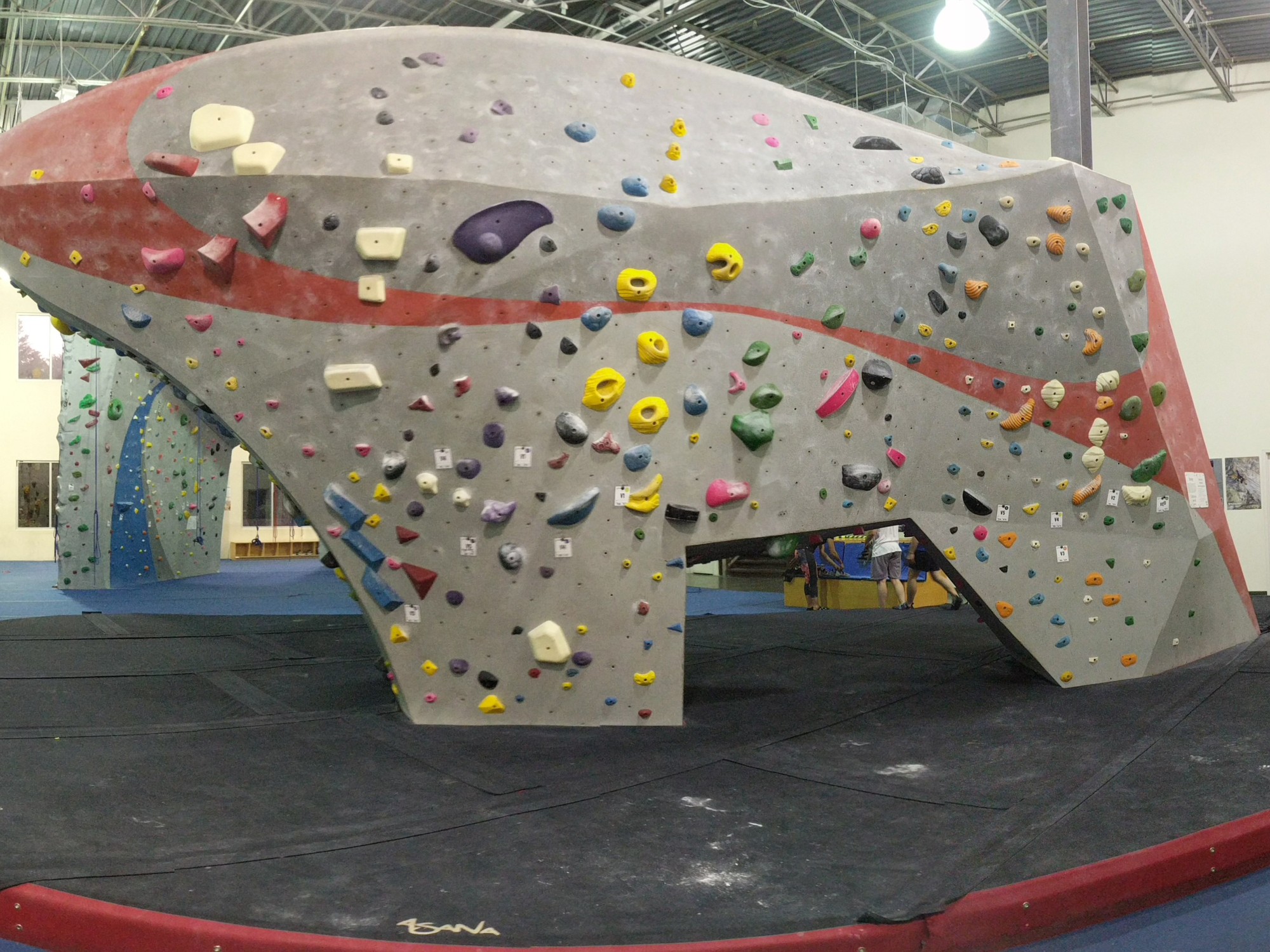 About three months late on this one haha

Early on in my lengthy stint to Charlotte I decided to visit the other Inner Peaks location. The location definitely had a Climb Time vibe. Tucked back behind a warehouse, sort of in its own little world.

The facility was older and had the plaster / Nicros style walls. The setting was as solid as the main Inner Peaks location. I found out later that the setters rotate between the two locations which is great! Keeps it consistent.

The wall angles were pretty varied which I find makes it hard to set interesting problems every time. The same wall variations lends itself to the same movement type over and over. They have a larger freestanding Boulder behind this cave that has a somewhat more consistent angle, but it still curves around.

Good selection of grades. Not quite the density or quantity I’d like to see, but with it being monochromatic there isn’t a whole to be done there!

Decent training space too. They have a moonboard, a campus board, and a few hang boards.

There was a full work out area with treadmill, elliptical, bench, free weights, and a few other things.

All in all I would go back every few weeks in between the main location, but I don’t believe it has sustainable quantity for someone in the v7-v8 range.