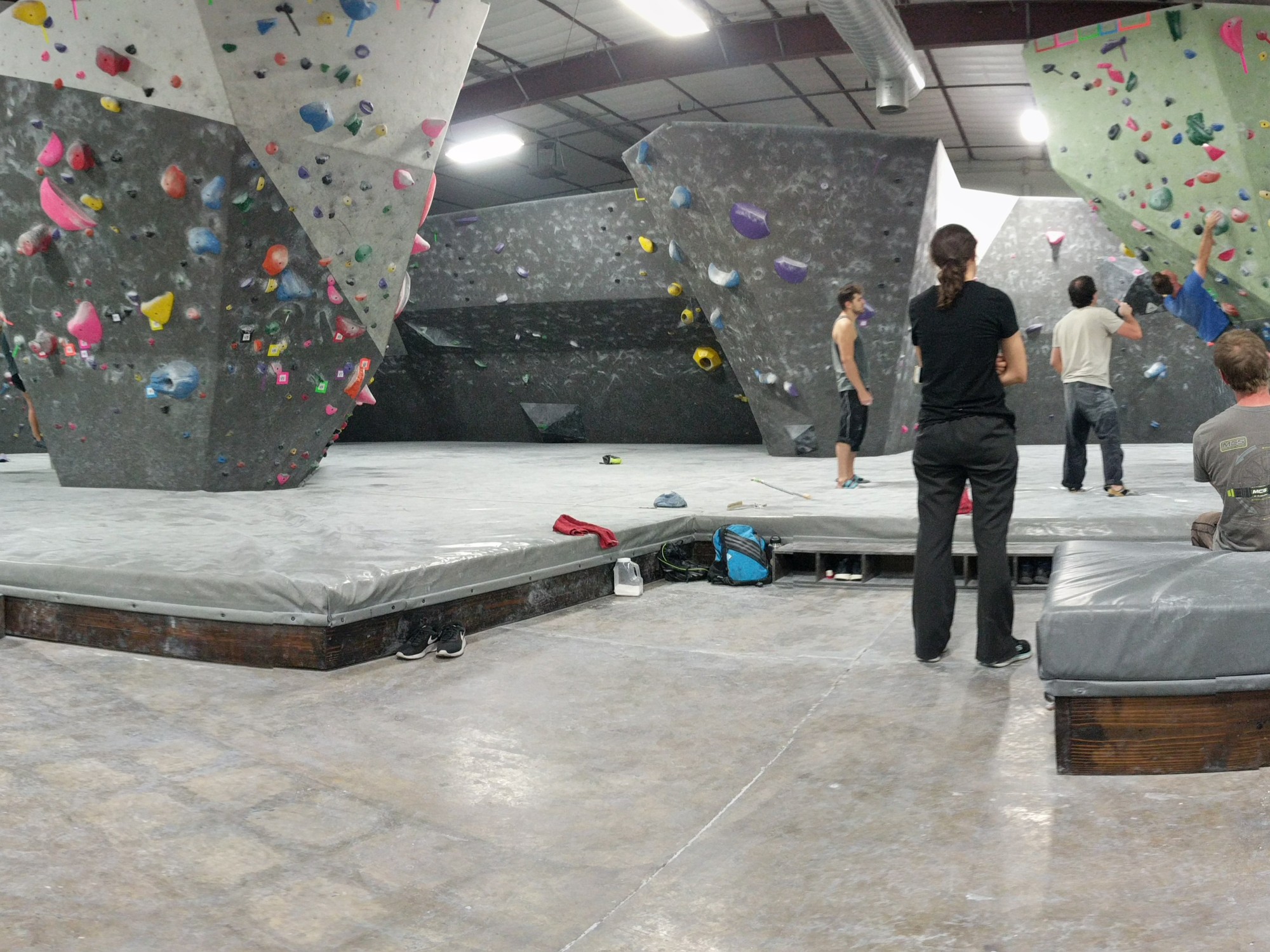 Been behind on these reviews – right now I have a backlog of 5! Thankfully only this one and Focus are months behind, the others were my most recent trip to Texas.

At any rate, onto the gym! I was in Phoenix during the Fall and had the opportunity to visit a couple gyms. Black Rock was high on my list because it was new and from the pictures the hold selection looked great.

I have to say I walked away somewhat disappointed. There was ample wall space, but the angle changes were numerous, and the density was low. The setting itself was OK — nothing stood out as great, but nothing was outright bad. Very middle of the road. The grades didn’t go above v8, but from what I was climbing it was all over the place. Two different V8s of a similar style were vastly different in difficulty. It felt like feet were missing, or body positioning was just super goofy.

I heard the gym opened recently so I imagine a lot of this is due to growing pains and inexperienced setters.

Aside from the more subjective side, the gym itself was very clean. The workout area was extensive, and the training area was pretty good.

The walls were textured which as we all know is one of my biggest pet peeves!