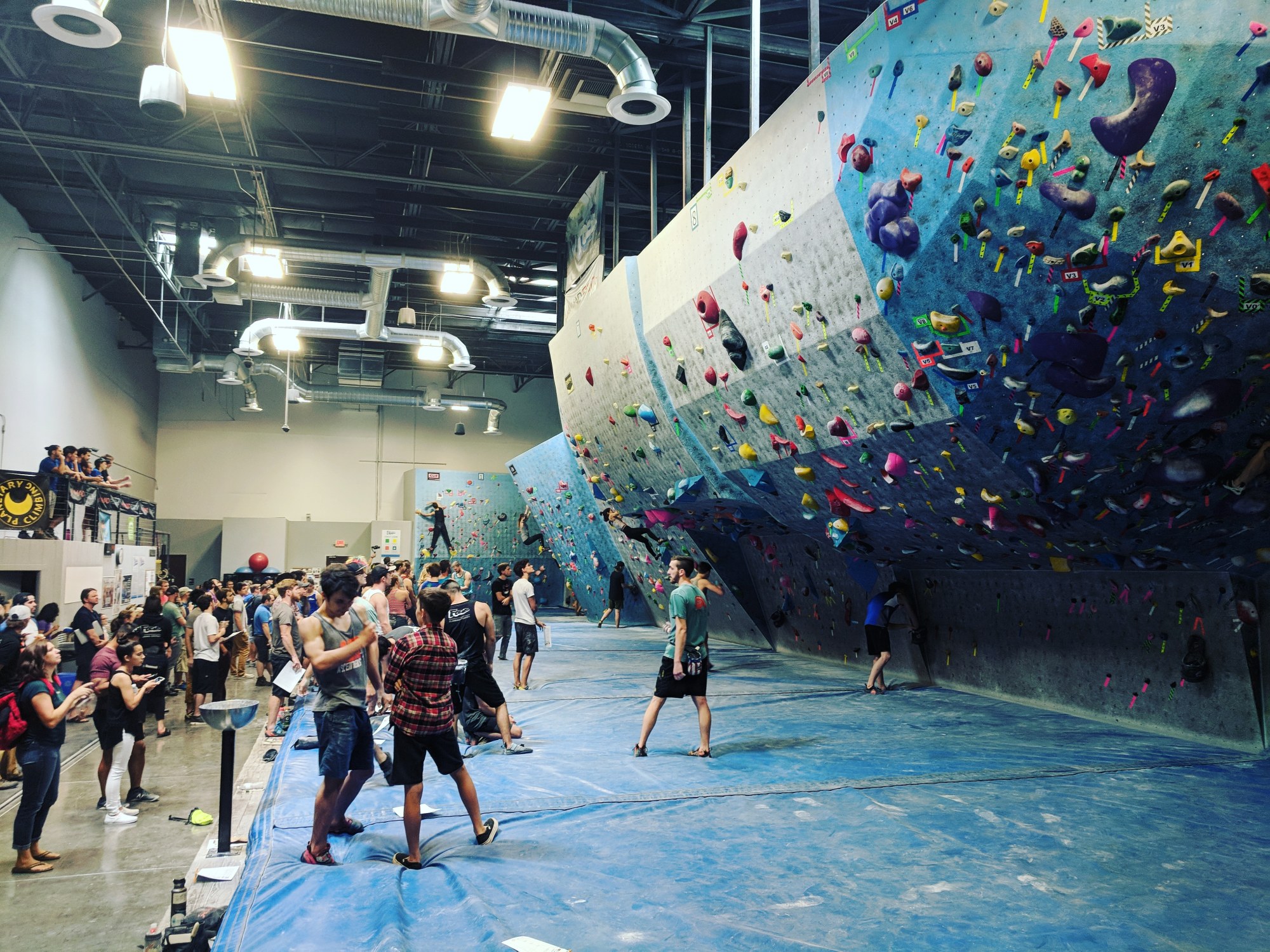 This is a review I’ve really been looking forward to writing (clearly, because it has taking me two months) 😊

Like I stated in my Black Rock review I was working in Phoenix for a few months. More specifically I was at Amazon PHX6 doing a sorter expansion. For those wondering, no, this has nothing to do with my gym review.

I had heard and seen great things about Focus – mostly from Youtube videos of ‘spotlight’ problems that a few members would religiously post to reddit. Suffice it to say I was excited! A great looking facility with what appeared to be really good setting.

The first time I went I was impressed. Not blown away but pleased and looking forward to returning. The second time is when everything changed… because the fire nation attacked. No, not that, but! I met two awesome dudes—@reyestopete and @danielchung_1192. It was toward the end of their session so we didn’t climb much that time, but we hit it off enough to exchange contact info and climb again. Right away I could tell something was different about these guys, but I couldn’t quite figure out what it was.

About a week and several sessions later they invite me to go watch the UFC fight (almost typed game again haha a few people might get why that’s funny). Anyway, at the game I found out that both Daniel and Reyes are Christian! And that Reyes loves learning about theology! Like what?! What are the odds! It was so cool to meet two brothers who love Jesus so much and love to climb.

All that to say and reiterate that community is what truly makes a gym great and this place has it in spades. What a tremendous blessing that I was connected with people in Phoenix. It made the entire project that much sweeter!

I do want to share one more thing before I get into the review and I apologize for dragging this on, but it’s too good not to share. I’ll spare you all the details, but my last trip in Phoenix I’m hanging out with Daniel and Reyes and as Reyes and I are leaving Daniel’s place my rental car gets rear ended (while parked!) and gets smushed into the back end of Reyes’ car. It was absolutely insane. I’m literally getting into my car as it gets hit and this dude was going fast! I didn’t see it unfold because my back was to everything, but Reyes saw everything (including my diving and rolling out of the way haha). He said the dude must have been going 40+ mph. In a neighborhood! Attached is a picture and that will be the last I mention anything unrelated to the gym!

Onto the review at hand: The gym was really good, probably one of the few other gyms I’ve ever been to that rivals what I enjoy about Climb Time. They do a lot of things right.

Similar in design and execution to Kinetic Climbing up in Columbus, Ohio, but done right! The walls are one continuous sea of plywood panels, but each ‘section’ has distinct breaks that set apart the angle changes. There is a ton of consistent space where solid problems can be set that aren’t heavily influenced by the geometry of the wall.

The walls were plywood in construction with a very light texturing. It wasn’t rough like sand was something else was imbedded into the paint. They get a pass on the texture category.

They can use screw-on holds everywhere which is great!

The route density was good, especially for a gym that sets monochromatically. I would have liked to see more, but there was no shortage of problems to work! I found myself wishing for more of a particular style, but Ithink given enough time at the gym I would have learned to love it all.

The setting quality was excellent. They treat it like an artform here and it shows. Everything from the VBs up to the V10s were well crafted (they set up to V12, but I am not that strong, so I couldn’t speak to those specifically. I assume they are every bit as good as everything else though!)

They do a few things that I find interested. They set what they call ‘half-boxes’ which are problems that end roughly halfway up the way. On occasion a half-box will have an extension or two that adds on to the difficulty.

They also grade their harder problems as B3 until they are sent. The tag below the B3 is what the setters graded it as, but as an homage to the old grading scale they do a B3 until someone gets an ‘FA’. I liked it! Sort of layers a ‘game’ into it. When a B3 gets sent the person who sends it gets to keep it as a sort of trophy.

They had a decent climbing training area. Nothing incredible, but enough equipment to get stronger. I do not believe a moonboardor tension board are necessary, but they are certainly welcome!

They had some standard equipment as well. Free weights,plates, etc.

All in all I loved this gym and will always look forward to climbing when I visit Phoenix again.